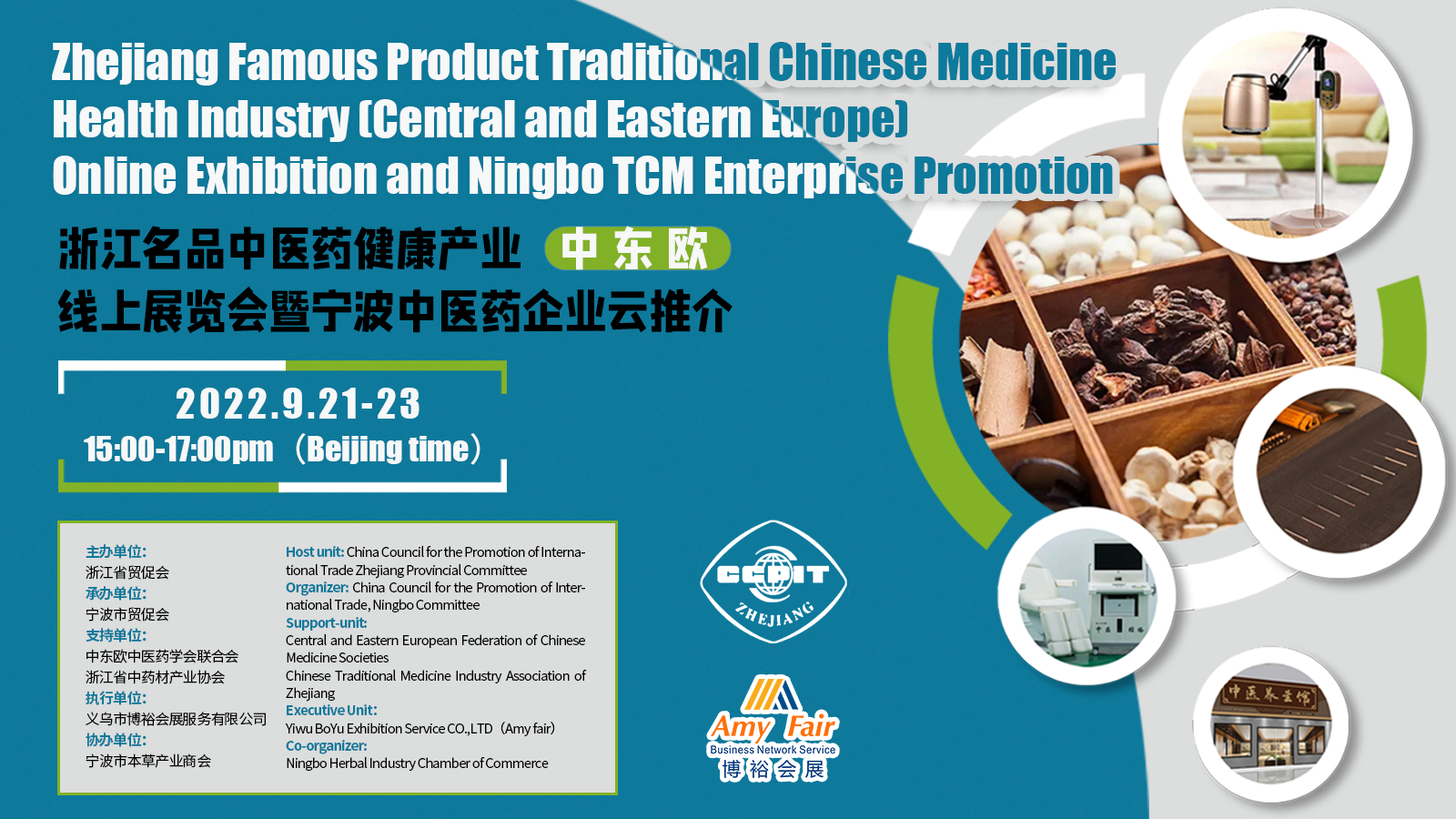 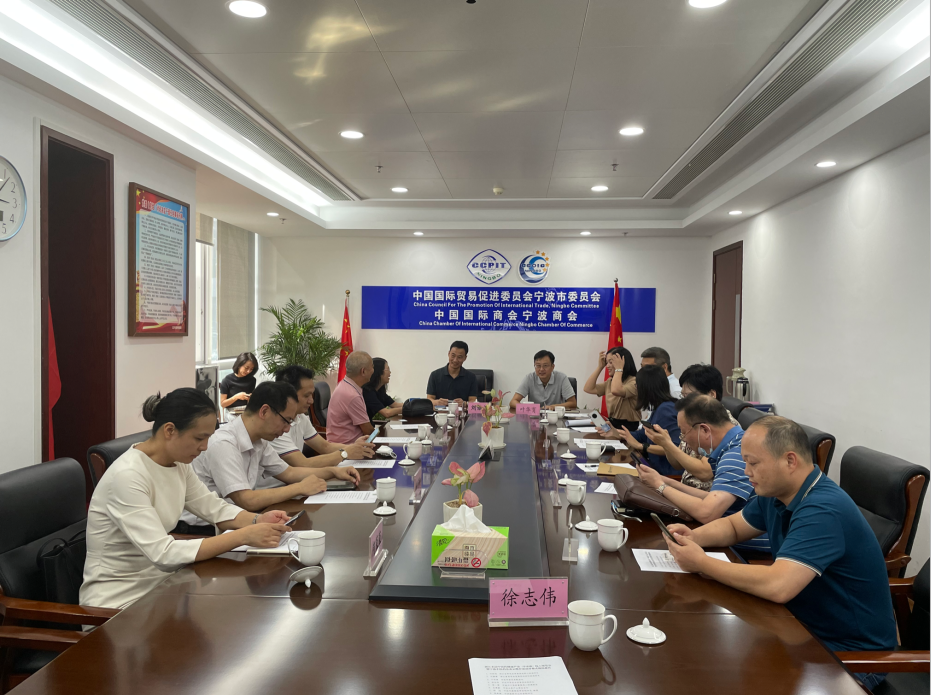 At the opening ceremony, Ye said that Chinese medicine is the treasure of the Chinese nation and a major advantage of Chinese medical disciplines, we should follow the instructions of General Secretary Xi, promote the modernization of Chinese medicine, promote Chinese medicine to the world, effectively inherit, develop and make good use of Chinese medicine, which is a precious treasure left to us by our ancestors, and make great difference in the prevention and treatment of the epidemic. Yu introduced the history and development prospects of cooperation between China and CEE countries in TCM, and hoped that both sides would complement each other's advantages, join hands and work together. Ningbo Herbal Industry Chamber of Commerce, Ningbo Dekang Biochem Co., Ltd and Ningbo Lvzhijian Pharmaceutical Co., Ltd., as representatives to give presentations. 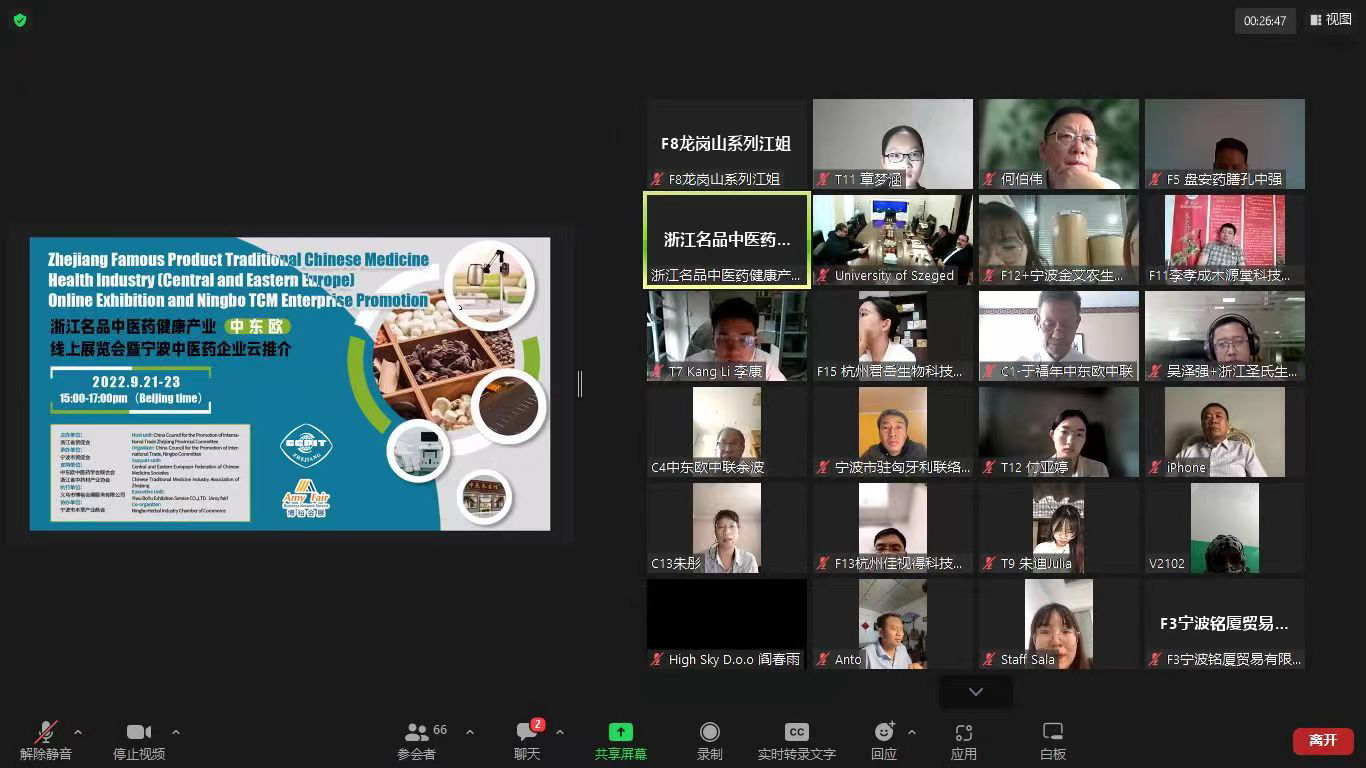 Lichun, the most influential platform in the industry of Reed Exhibitions, will continue to help exhibitors to display their corporate image and products until the end of the year. From September 21 to 23, ZOOM platform will be used to organize "one-to-one" negotiation between Chinese and foreign enterprises. It will showcase the outstanding achievements and foreign trade advantages of Ningbo and even Zhejiang in traditional Chinese medicine, further promote the internationalization, industrialization and modernization of traditional Chinese medicine, accelerate the integration of traditional Chinese medicine into the international system, and open a double-cycle state through the integration mode of online display and interaction.

Zhejiang is known as "the treasure house of medicinal plants in southeast China", and is one of the key production areas of Chinese herbal medicine in China, and has the only national nature reserve in Dabanshan, which mainly protects the germplasm resources of wild medicinal plants. Ningbo is a distribution center for Chinese herbal medicines. This promotion meeting is the first time for Ningbo TCM enterprises to go outside collectively to promote the "going out" of TCM, broaden the market of TCM service trade in Ningbo by building a platform, establishing alliances and promoting cooperation, explore the new mode of TCM service trade in "one belt and road" together, build Ningbo TCM service brand, comprehensively enhance the international influence, competitiveness and market share of Ningbo TCM service trade, and inject new impetus to accelerate the development of TCM industry into high quality and standardization!

May Amiro RF Skin-tightening Machine be the Final Solution of Anti-aging?